Our group tours cover the length and breadth of Italy. From the lofty peaks of South Tyrol and the dramatic Dolomites to fiery Sicily, our tailor-made tours and packages offer both classic destinations and hidden gems as well as exciting experiences.

Tuscany - Treno – Steaming through the heart of Tuscany - 6 Days 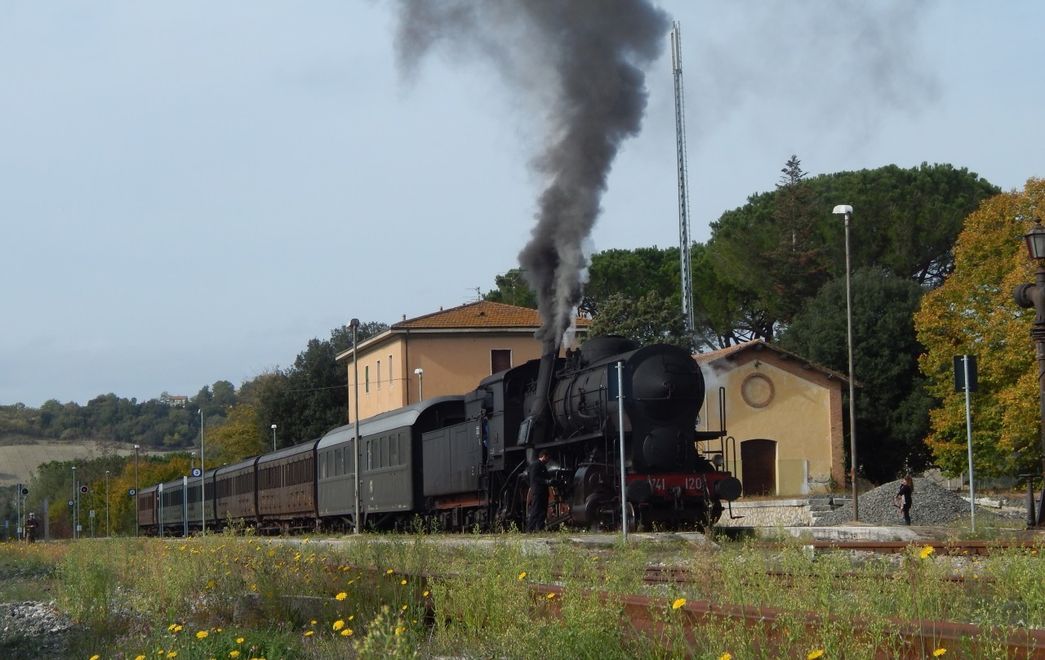 Dates:
Prices:
From 289 € per person
Request a quote

Day 1 Arrive at your hotel in Chianciano Terme and relax with a welcome drink before dinner.

Day 2 After breakfast we set off to visit two picture-postcard towns. We start our day in San Gimignano, recognized as a UNESCO World Heritage Site for its marvellous medieval architecture. The towers of San Gimignano can be seen from far away, giving rise to the town’s alternative name of “Medieval Manhattan”. We will stop at a gelateria to enjoy a smooth, rich textured ice-cream before continuing to Volterra. This is a town of Etruscan origin and has an almost eerie atmosphere; Volterra has recently been featured as the backdrop for various mystical films, such as “Twilight”. We learn all about its unique history and visit a traditional alabaster workshop.

Day 3 No visit to Tuscany is complete without visiting Florence, the Tuscan capital. On our guided walking tour this morning we admire the Cathedral with its Bell Tower and Baptistery, and the Palazzo Vecchio overlooking the Piazza della Signoria with the famous statue of David by Michelangelo (external viewing only). Unsurprisingly the entire city centre is a UNESCO World Heritage Site.
The afternoon is at leisure to stroll past the jewellery shops on the Ponte Vecchio, go boutique shopping (Gucci and Ferragamo opened their first haute couture shops here in the 1920s) or simply sit and enjoy an espresso coffee.

Day 4 Today we head to Siena, one of Italy’s loveliest medieval towns, known for its main square, “Il Campo”, which is home to the famous Palio horse race held here twice each summer. Here we take a trip down memory lane as we board our vintage steam train for a journey into the unique hilly Tuscan countryside. Its gently rolling landscape is the perfect backdrop for its ancient traditions, art and culture and wonderful culinary heritage. We pass through the characteristic old villages of the picturesque UNESCO-listed Orcia Valley and steam along the flanks of Italy’s second tallest volcano, the 1,732-metre-high Monte Amiata. Our pleasant train journey is a particular highlight as the gentle rattling motion takes us back in time, as we pass through untouched landscapes. We leave our vintage mode of transport at one of several quaint train stations where we give ourselves over to a journey of discovery of one of the region‘s festivals. The return to the hotel will be made by bus.
The exact timetable and destination depends on your chosen departure date. Details of each particular festival can be found under the festival headings below.

Day 5 Today is free to relax or do a little sightseeing in Chiancianio at your own pace, strolling through the medieval part of town with its narrow streets surrounded by ancient walls, or the modern quarter with its spa area, as this is one of Italy’s most important spa centres.

Day 6 After breakfast we say goodbye to Tuscany and depart for home.

Dating back to 1927, this elegant hotel offers a rooftop pool, a sauna and a restaurant in the centre of Chianciano, 10 minutes' walk from the Parco Acquasanta baths and wellness centre.

Managed for over 80 years by the same family, the Gran Excelsior is 300 m from the Terme Sensoriali thermal baths.

Facilities: Restaurant, hotel bar, lift, conference and banqueting rooms, rooftop swimming
pool ( open in Summer), terrace. sauna (extra fee applies). A continental breakfast is served in the glass conservatory each morning. You can try Tuscan specialities and a mix of international dishes at the restaurant.

Coach parking: At the hotel

* Confirmed train schedule for 2023 not yet released at time of publishing .
Programme based on 2022 train timetable.

** FESTIVAL PROGRAMME AS FORESEEN AT THE TIME OF PUBLISHING

Autumn Festival in Abbadia San Salvatore
The rich pot pourri of colours and aromas of a Tuscan Autumn greet you in Abbadia San Salvatore.
The Autumn Festival takes place in the characteristic heart of the old town and a broad range of both culinary and social interactions awaits the visitor. You will be able to sample rich autumnal fruits of the area and typical local products such as chestnuts, mushrooms, pork and traditional desserts. A range of exhibitions, folk plays and musical events round off the Festival. We will experience a day given over completely to the celebration of the produce of the land, a true Harvest Festival where the intense flavours of the mountains are much in evidence, and where skilled local artisans ply their wares.
More information about ABBADIA SAN SALVATORE: The Abbey of San Salvatore was founded in 743 AD, giving rise to the place’s name that still exists today. Legend has it that the Abbey was built on the exact location where King Rachis of the Longobards saw the Holy Trinity on a silver fir tree. This story is depicted in the church’s frescoes. Of particular note is the Crypt with 32 individually crafted columns none of which are alike. Interestingly this Abbey was home for nearly 1,000 years to the Codex Amiatinus, the earliest complete Latin Bible, originally produced in Britain as a gift for the Pope at the start of the 8th Century. It remains to this day one of the oldest surviving versions of the Catholic Bible ever created, and is currently kept in Florence.
In the second half of the 19th Century Vermilion was mined on Mount Amiata and refined to produce mercury for industry. It is possible to visit one of these mines in the "Parco Museo Minerario" Museum (entrance fee applies) which was in operation until 1972. Today you can descend into the tunnels (entrance fee applicable) accompanied by a former miner as guide, who will tell you all about the life of a miner and the conditions found underground.

The Trequanda Olive Oil festival
The medieval village of Trequanda sits proudly on top of a hill and is visible to visitors from a distance as they arrive from the Chiana Valley. This view has remained unchanged over the centuries. The village can not only count on countless works of art and architecture as evidence of its ancient history but this long history has also shaped the way of life, farming traditions and produce, not least the production of olive oil. It is the celebration of this liquid gold which is at the forefront of the Trequanda Festival. On just one weekend in October there is a range of events between the villages of Trequanda and Castelmuzio dedicated to the production of the extra virgin olive oil which include markets, get togethers and of course different sorts of produce to sample.
The festival begins on Friday in Castelmuzio, a neighbouring village of Trequanda, with a visit to the local oil mills and continues through to Sunday with many games, shows and street markets to entertain visitors. Sunday sees the climax of the festival with the ceremonial tasting of the season’s new produce. In addition to this, there are countless gastronomic delights on hand in the stalls, and there are many musical interludes and other interesting sideshows to keep everyone entertained.

Medieval Festival in Montalcino
Enjoy tasty treats whist taking in the medieval atmosphere of Montalcino.
Montalcino hosted its first medieval festival of modern times back in 1958 and was one of the first towns in the area to recognise the potential of festivals to stimulate tourism.
The last weekend in October has become a special annual event, which takes part in the beautiful centre of Montalcino. The full programme of events does not only include the sampling of tasty dishes but also incorporates an archery competition between the four districts making up the town. This event, which incorporates colourful parades in ornate medieval costumes, is accompanied by traditional dance troupes and leans on the enthusiastic support from all the town’s residents.
The event has become something of an institition for the inhabitants of the Province of Siena and further afield. Crowds of people stream in to the town every year to view the spectacle of the medieval competition and to enjoy the local specialities on offer at the stalls, set up in the shadow of the town’s fortifications. There is a huge range of locally sourced food on offer, all accompanied by the famous red wines of Montalcino. A real treat for the senses!

The market festival of the White Truffle in San Giovanni d'Asso
The so-called ‘‘White Gold“ of Tuscany, the white truffle, is at the heart of this particular festival. You can find many places where this much prized and rare edible fungus can be found in the unique landscape of the Crete Senesi and in particular in the area of the small town of San Giovanni d’Asso. A Festival incorporating a large market has been running here annually on the second weekend of November since 1985. A side show incorporating tastings, seminars, musical performances and truffle hunting competitions offers visitors an interesting and unique day out. Local restaurants, butchers and other suppliers offer a range of fresh, high quality produce, all themed around the truffle. The air is thick with the incomparable essence of the truffle, which wafts through the whole town during this culinary Festival. Italy’s first Truffle Museum (entrance fee applies) opened in San Giovanni d’Asso in 2007. The exhibition which is located in the town’s old 14th Century fortress, takes visitors on an interesting and educational journey of discovery about truffles. Our brochures feature a wide choice of tours to destinations throughout Italy, all with contracted dates in a range of great hotels.

Get your free copy here 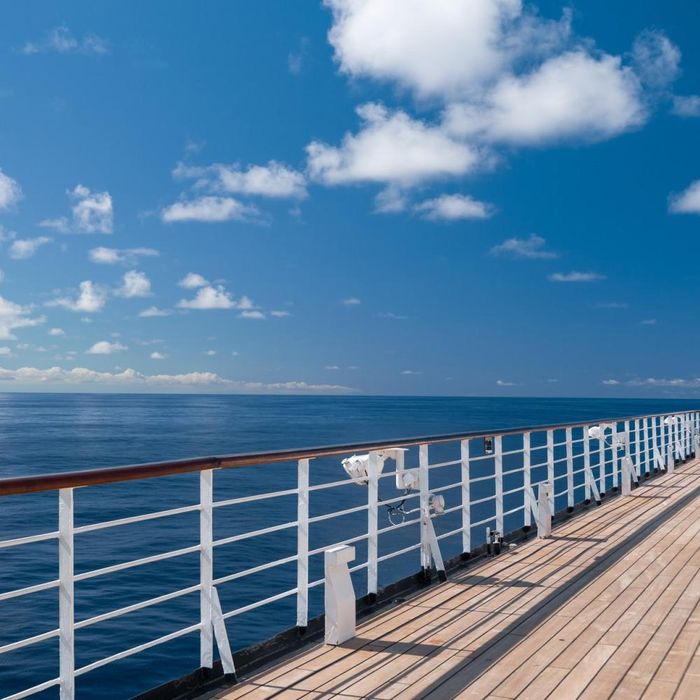 Hop on board and immerge yourself in Mediterranean Blue!

Embark on a MEDITERRANEO tour and discover Italy's artistic and architectural icons, from Rome's Colosseum and Pisa's Leaning Tower to Napel's narrow streets. Anchor in ports all across the country, our customised tour packages take your groups to discover history, culture and stunning landscapes before or after a cruise. 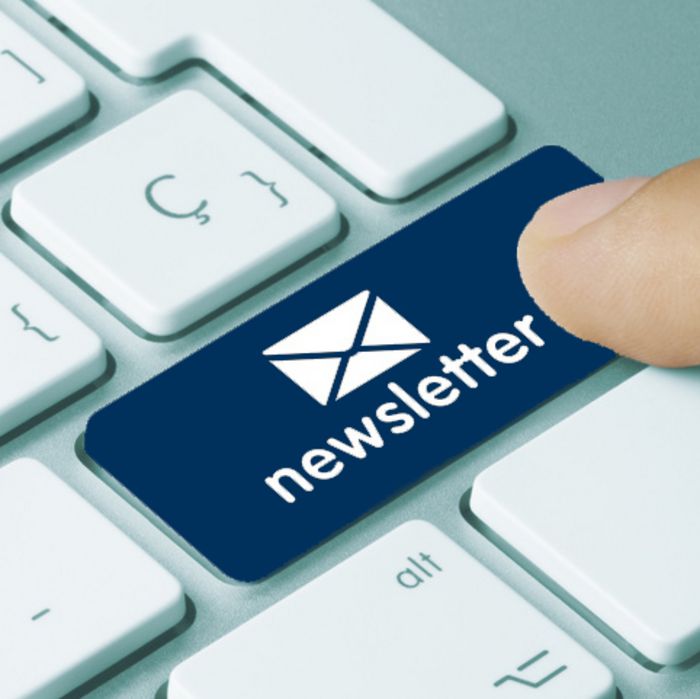